Employment is a relationship between an employee and a company. Although this kind of relationship might look like an equal cooperation, it’s actually far from it.

Employees usually work in a team where the project knowledge is shared among team members. In fact, team members act as a backup to one another. If an employee leaves, there is usually no risk for the company as it’s the manager’s responsibility to keep the employee roles filled.

For employees, the key question is, do you have a similar backup plan in case an employer decides to "leave" you? The answer is commonly "no."

However, this is the vital question. With no "backup", there is a permanent risk that your main source of income (your salary) could be destroyed just in a matter of minutes, for various reasons. Almost everyone can get laid off due to staff cuts or for taking too much time off because of a personal situation. Next, there is a high risk of ego clashes at the workspace, especially for ambitious employees. Even a person with high Emotional Intelligence (EI) might lose their temper, in certain conditions. A difficult co-worker could attack our ego right before an important meeting, dragging us into a series of counterproductive actions or misconducting. Living with a lack of job security leads to the psychological pressure and stress.

The next question is, what will happen if an employee openly tries to mitigate the risk and to work out a backup plan? While it is a common practice to share worker’s responsibilities with colleagues, imagine that a worker would try to share their employer’s "responsibilities" with other companies by openly having multiple jobs or seeking new employment? Even if the person performs well, most managers won't be happy about that. So when it's time for a promotion, a manager will likely choose a more dedicated worker.

Therefore, this makes the employee-employer relationship asymmetric, leading to several significant consequences for your career, as well as for your financial wealth and confidence.

Let's look at an example. John is a software engineer. He is temporarily unemployed and his wife is expecting twins. To make things worse, John is almost broke, so he has to get a new job as soon as possible. Let’s say the average market salary for his level is $100k. After several interviews, John finally gets a job offer. He’s happy until he finds out that the offer is only for $80k. What should John do now? Accept the job? Come up with a counter-offer? But for how much? $90k? $100k? And what if they refuse? He could lose his only chance! As you can see, John is in a pretty bad situation.

Let's use a different example. James is another software engineer and his level of skills and experience is similar to John's. He's employed at a mediocre job earning $90k. It's not much, but it’s enough for him to live off. Also, he is single, so he doesn't have many responsibilities or pressure. He's looking for a new job and gets offered the same figure of $80k. Now it’s a different thing, heh? There is no urgency anymore. He could counter-offer and ask for his deserved $100k. He could even go ahead and ask for as much as $110k or even $120k.

What is the difference between John and James? There are two factors:

In practice, a confident and skilled candidate has all the chances of getting a higher salary. Often, its even higher than the market average. They are not afraid to ask hard questions or disagree (in a polite way, of course). They are relaxed and focused. Conversely, a candidate for whom the interview is their "last resort" becomes stressed and thus becomes error-prone.

Use BATNA to Raise Your Current Salary 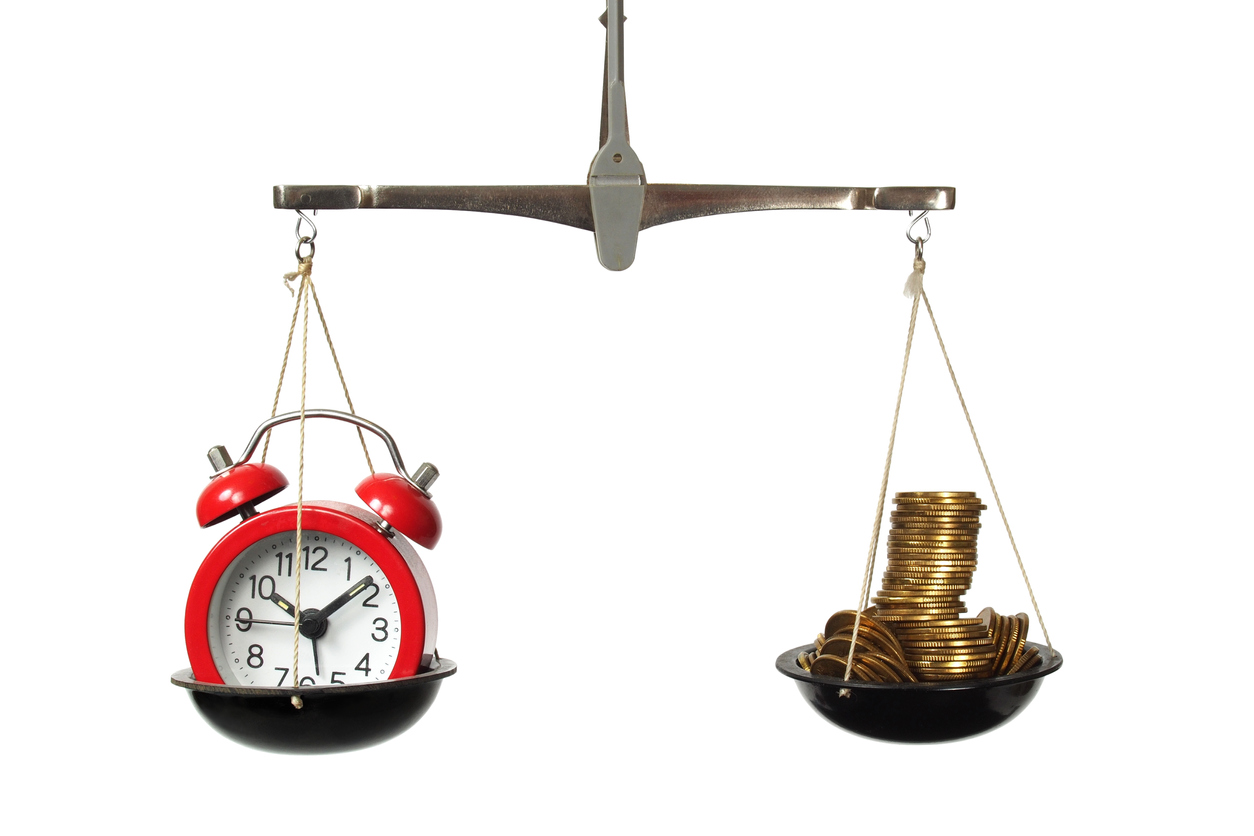 Obviously, there are more factors to consider in addition to salary. Work conditions, career perspective, technology stack, teammates, office location, bonuses, company reputation, your manager - it all counts as your BATNA.

It's worth noting that your own start-up business could also become a great BATNA. Once it grows up and starts generating a revenue comparable to your salary, you can rethink your career. However, the hard truth is that about 90% of startups fail, but this is a separate topic.

Having a good BATNA gives you a very strong position during your next job negotiation. It could at least prevent you from being forced to accept a below-market job offer just because you have to find a job urgently. At your current job, it gives you more freedom and less stress. A good BATNA is highly desired.

But how do you get there? Actively searching for a new job may bring severe risk to your current job. Changing your status on LinkedIn or Facebook to "Seeking a New Opportunity" isn’t a good idea in the modern world, right? Actively sending out CVs might work, but there is an even better solution.

Imagine a world where it is the company who applies to the employee. The job seeker posts his/her anonymous profile, which doesn’t contain any personal details, and defines their desired work conditions and expectations.

The company applies to the job seeker by way of introduction and describes the vacant position. The job seeker then selects the best applications and provides their contact details to the select companies. Obviously, the job seeker would refuse their current employer or any affiliated companies.

Not only is the anonymous job search much safer, but it’s also very efficient in terms of salary negotiations. Since it is the company who is applying, you can always refer to the salary expectations you have set in your profile, which the company has applied to.

The above principles have been implemented at Mirajobs, the new anonymous job search platform. Mirajobs was created by a software engineer for software engineers in order to make modern employment less suppressive and more candidate-oriented. 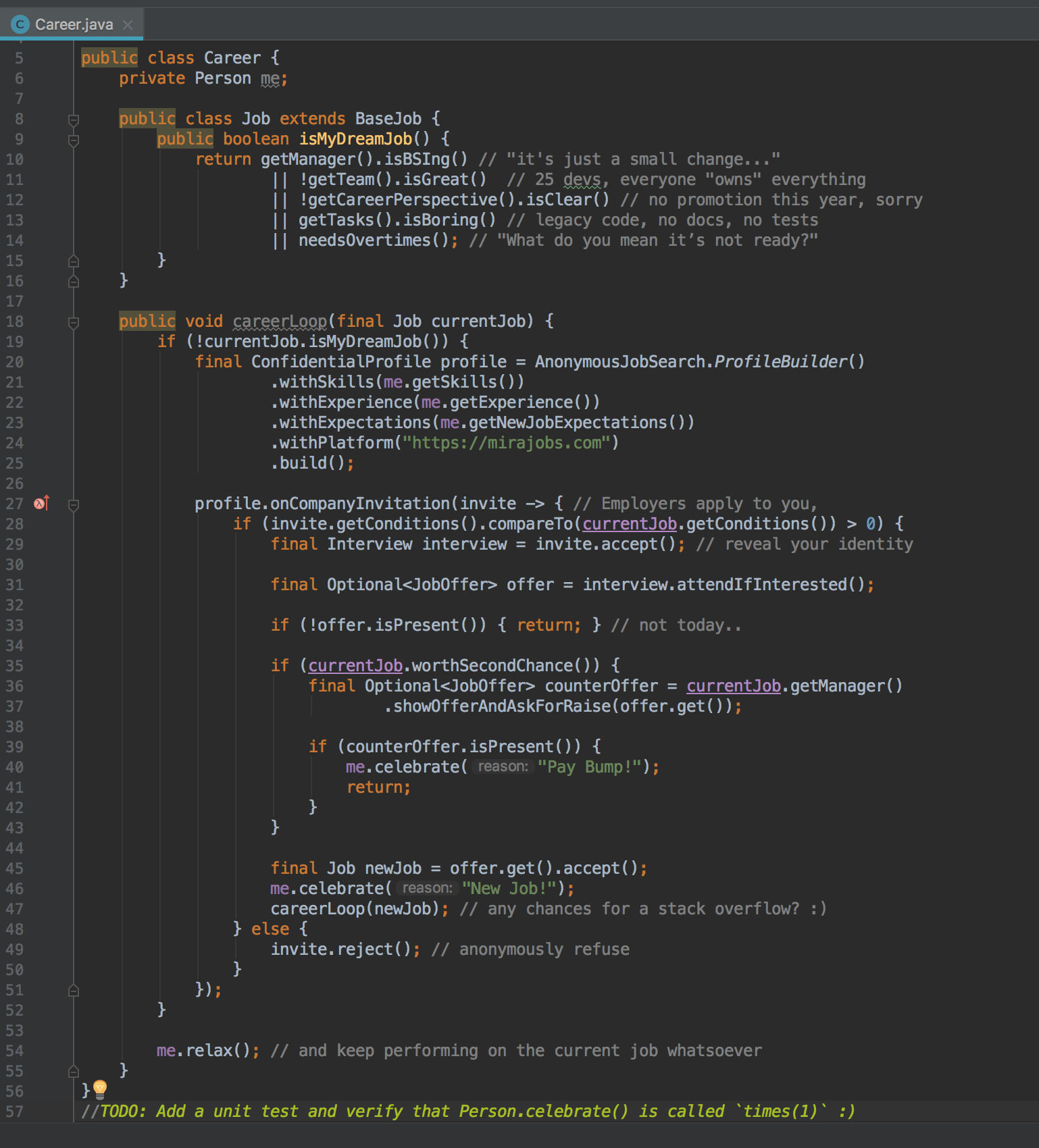 One important point is to have a good BATNA before you actually get into a situation where you urgently need a new job. Usually a tenure of 1.5-2 years is good enough to be able to change your job without harming your CV. You've probably heard that many recruiters don’t like "jumpers.”

So unless you are 100% satisfied with all aspects of your current job and you are 100% sure that the company will maintain that situation for a long time, we recommend that you post an anonymous profile and strengthen your BATNA. It could result in either changing your job for a better one or improving your current employment conditions. That being said, we'd like to stress the importance of performing as well as you can at your current job. Even if you decide to switch, we recommend that you maintain a good relationship with your boss and the team as it will maximize your chances of being offered a better position either with your current employer or with a new one.

To sum up, the optimal strategy is as follows:

One caveat is that this applies only if you are a salaried employee and not a co-owner or a major shareholder.

If you are a software engineer, the career-building algorithm shown in the image on the right might be useful (we tried to make it funny!).

The above steps can be used as a life hack to survive in the modern employment system, which some people call "modern slavery." A common point of view is, "Your career is not your employer's business." That point of view is questionable, but it is definitely worth taking into account when you feel forced to say "yes" to everything at your job or feel under pressure or that you aren't supported by your boss. At the end of the day, the company's interest is to maximize their profit while your interest is to maximize your own and maintain your well-being.

Share this article with your friends if you believe that the idea of an anonymous job search could help them as well, and don’t forget to create your profile at Mirajobs. It’s free for job seekers, and always will be.

Read more in another article: Why Mirajobs. 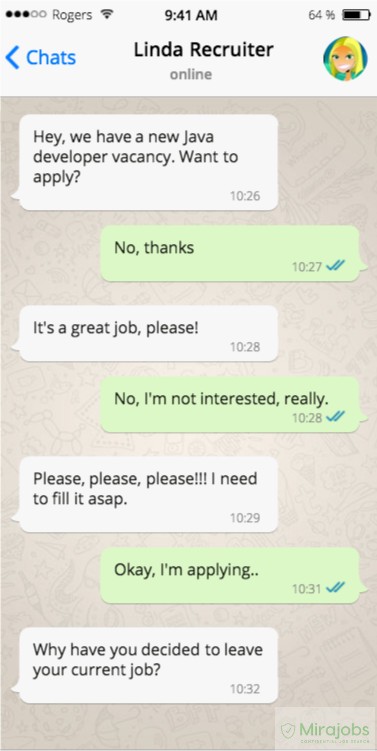