Discrimination in the workplace

Discrimination has always been a plague in many workplaces around the world, especially during the recruitment process. To bring the point closer to home, a study cited in this report showed that Canada ranks fourth (44%) and the USA at seventh place (33%) among nine countries in terms of discrimination during the hiring process. It is a sad and unfortunate situation, so much so that the same report quotes a senior economist admitting that “racism is alive and well in the Canadian job market.”

Although there are certainly plenty of underlying factors behind this daunting truth, it appears that one of the predominant reasons why such practice exists is because of unconscious bias.

What Is Unconscious Bias?

Unconscious bias, or implicit bias as others refer to it, happens when our brains make quick judgments and assumptions about people or situations. This happens automatically, and our assessments are usually influenced by our background, environment and experiences.

In the hiring process, unconscious bias manifests itself when recruiters form opinions of candidates based on their name, age, gender, ethnicity, religion and other factors. And because unconscious bias happens automatically, affected recruiters usually don’t realize that they’re letting their subconscious do the decision-making. These biases can negatively influence the recruitment process, denying otherwise skillful and knowledgeable job hunters the opportunity for employment.

Not only is discrimination unethical, but it is also considered illegal in many countries around the world. In the USA and Canada, there are legislative acts that aim to eradicate discrimination and impose sanctions on offenders.

Title VII of the Civil Rights Act of 1964

This section of the Civil Rights Act of 1964 was formulated to protect job applicants from employment discrimination based on race, color, religion, sex and national origin. In addition to selection and recrustment, the Act also covers areas regarding employment decisions, terminations and other decisions concerning terms and conditions for employment.

The Canadian Human Rights Act was created with the purpose of ensuring all individuals receive equal opportunity to live and have the life they wish (provided it is consistent with their duties and obligations as members of society) without being hindered by discriminatory practices. The Act applies to people who work or receive benefits from the Federal Government, First Nations and federally-regulated private enterprises like airlines and banks.

The Act outlines 13 prohibited grounds of discrimination such as race, sexual orientation, disability and others.

As mentioned earlier, unconscious bias during the hiring process happens automatically and is triggered by our first impressions regarding a candidate based on discriminatory grounds not directly related to their skills and abilities. Hence, it makes sense that one of the best ways to prevent unconscious bias from interfering with our hiring decisions is to eliminate it right at the start, which is what anonymous job search platforms like Mirajobs.com are designed to do.

To achieve this goal, Mirajobs allows job hunters to create an anonymous resume or profile and then submit it to the platform. Because it is anonymous, recruiters are not able to see the candidates’ name, age, country of origin and other details which can trigger their unconscious biases to set in and affect their hiring decisions.

Without these "distractions", recruiters will be able to see and focus only on the candidates’ skills, work experience, and other work-related factors that the candidates have chosen to make visible in their profile.

And while it seems that this and other advantages of using anonymous job search platforms only applies to job seekers, companies who use this technology and apply the practice of blind hiring also benefit in significant ways. Not only will they be able to hire the most skillful and knowledgeable candidate who can help them bring their company to greater heights, but they will also be able to take their business one step closer to creating a more tolerant and diverse working environment and culture. 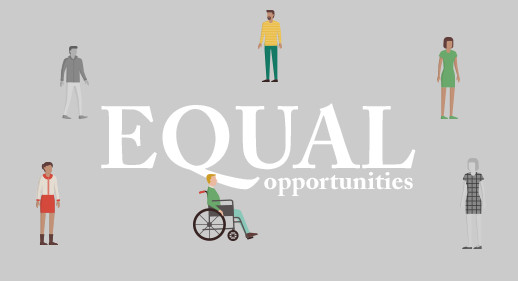 Overcoming unconscious bias is an essential step towards ending discrimination during the hiring process. The use of anonymous job search platforms can help immensely in terms of eliminating unconscious bias during the screening process, and thus ensure that recruiters choose and hire only those candidates who are suitable for the job based on their skills and expertise. Needless to say, this benefits both the employer and employee, with the former acquiring the right talent for their company and the latter able to showcase their skills and knowledge without being judged because of their skin color, sexual orientation, and other discriminatory grounds.

Share this article with your friends if you believe that the idea of an anonymous job search could help them as well, and don’t forget to create your profile at Mirajobs. It’s free for job seekers, and always will be.

Read more in another article: Why Mirajobs.